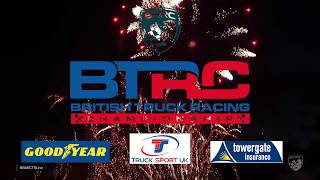 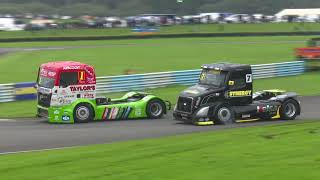 FLASHES AND BANGS - DAY AND NIGHT AT BRANDS

With a huge entry of 30 trucks competing for glory last weekend (4/5 November) in front of a bumper, record breaking number of British truck race fans held at the 2017 finally of the British Truck Racing Championship (BTRC) at Brands Hatch. Heading up the 12 Division 1 trucks was Ryan Smith, from the outset of the weekend he was set to take his second consecutive BTRC title. His closest competitor in the standings was ten-time British and former European champion Stuart Olive

Massive congratulations to now 2 time British Truck Racing Championship WINNER Ryan Smith for sealing the deal in his first race at Brands Hatch. Still to be confirmed but now untouchable Points wise for the rest of the season.